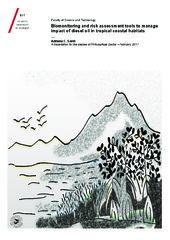 The papers III and IV of this thesis are not available in Munin.