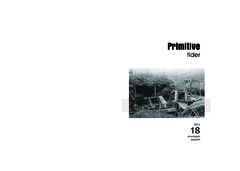 Norddalen in Troms County, Norway, is today a relatively secluded valley, but within grim and dark winter months in 1944-1945 war crimes were taken place under the direction of Nazi ideology and about 150 Russian prisoners of war lost their lives under the hand of the Third Reich. In the aftermath of the postwar period the valley and its nature has reclaimed and grown together with the remains of war, somewhat hidden from the public eye. Even today, this area is abundant in war remains, but have until recent received little attention from academia or heritage. While long “forgotten”, as subjects of a difficult and often overlooked history, these and other remains of war are today in the process of being included in the category of cultural heritage, and as such of significance in a local and national historical sense.

This article looks at which factors comes into play in the transformation of the war remains, from being actively forgotten and omitted from an official, and in many ways canonized recollection, to be incorporated and categorized along with conventional cultural heritage. An important concern of this article is to critically scrutinize the transformation and transition from war remains to becoming heritage. Based on The Directorate of Cultural Heritage conservation strategies and The Ministry of Environment initiatives around war remains and cultural monuments, it is looked at the consequences of a possible protection. One of the main questions is whether and if protection will benefit war remains, or whether their incorporation into a category of cultural heritage will transform and waive them their individuality, character, value, existential dynamics and peculiar significance. Will a transition from being war remains to become heritage be at the expense of the structures and the things peculiarity and temporality?