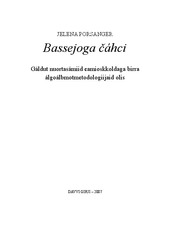 This book is based on doctoral dissertation defended in January 2006 at the Faculty of Humanities of the University of Tromsø (Norway). The book examines the sources for the study of the indigenous religion of the Eastern Sami in the period from the 16th to the 20th century. Using proposed elements of indigenous methodologies as a point of departure, the study is divided into three parts and seven chapters, which deal with presentation and critical evaluation of the oral and written sources. The designing of Sami methodology on the basis of Sami epistemology is of crucial importance for the present study. The criticism of the sources takes an indigenous Sami perspective as its point of departure.

The first chapter deals with the basic requirements of indigenous methodologies concerning research ethics, correlations between the indigenous scholar and the studied indigenous people, and the need to use both indigenous and non-indigenous academic approaches. The first chapter also discusses questions concerning insider–outsider research both in the study of religions and in indigenous studies. On the basis of these theoretical discussions, chapter 2 deals with criteria for source criticism from within the studied indigenous culture (Sami in this case). Special attention is payed to the placing of the source material in the correct spatial, temporal and cultural context.

Chapter 3 contains a short account of the history of the Eastern Sami. In chapter 4, primary oral sources are presented and evaluated. The source material is spatially divided into four eastern Sami groups (Ter, Akkala, Kildin and Skolt), and within each group into local sub-groups. On the local level information is presented in the chronological order and by name of each Sami informant. In chapter 5, secondary written and oral sources are presented thematically, and evaluated. Among written materials there are accounts written by Russian orthodox monks and priests, travellers’ accounts, anthropological and ethnographical studies. Among oral sources there are stories told by the neighbours of the Eastern Sami from the Anár (Inari) and Várjjat (Varanger) regions.

The conclusion is divided into two parts. The first (ch. 6) presents conclusions on the methodological level concerning the spatial and temporal distribution of both the primary and secondary materials. The following questions are especially in focus: how is the sources material distributed between the different eastern Sami areas, and, what periods of time are best documented by the help of the primary and secondary data material? The second part (ch. 7) deals with theoretical discussions about the use of Sami epistemology, the design of a Sami methodology and an application of this methodology to the present study, and – hypothetically – to other Sami research projects.