The peer effect on pain tolerance 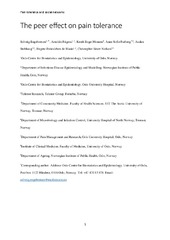